Held in the beautiful and entertaining traditional meeting place of continents, cultures and civilizations, Istanbul, the 57th conference of the Heavy Lift Group provided members with lively and constructive debate as well as the opportunity to learn from and interact with one another.

Two new members; Daher from France, in the person of Bertrand Nobiliaux,  and PT.LV Logistics Indonesia, represented by Muhammad Ediansyah were welcomed into the Group and KOG’s membership was reaffirmed following a change of ownership.  It was interesting to hear from these new members about their capabilities and experience. The Group will undoubtedly be strengthened by the addition of their expertise and the wider coverage they provide.  The Group will continue to seek members from parts of the world and in specialisations not currently represented, in order to maintain and extend the quality of service provided by members to one another and to customers.

A very interesting presentation from Borga Dincler of the new Istanbul airport construction project provided members with an insight into the size, complexity and future development of this enormous project which will see Istanbul consolidate its place amongst the top transport hubs of the world. Clearly there will be some opportunities for the Group and its members, individually and collectively, to assist in this historic construction and associated infrastructure in the coming years.

Following the Istanbul airport presentation discussion turned to the future for the group and included details of the new website which will shortly be live to all members. Good news also announced was the set up for the Group stand at the Breakbulk Europe event in Antwerp in May 2016.  The increased floor space taken for the Heavylift Group stand allows spaces for up to 20 members to participate directly. It is very pleasing to note that all 20 spaces have already been taken, providing further evidence of the value of the Group’s continuing participation in this event.  It is to be expected therefore that the next Heavy Lift Group Conference which will as usual coincide with Breakbulk Europe will be better attended and more useful than ever before.

Last but by no means least, having opened with a minute’s silence in memory of Doug Hird , one of the Group’s founders who sadly passed away during the summer, the conference closed with the participants agreeing to honour Doug, his co-founder Rolf Riedl and another long standing member Ed Bacon by making them the first inductees into a newly instituted “Heavylift Group Hall of Fame”.  Subsequent members of the Hall will result from nomination by other members of the Group as a consequence of significant contribution to the group and or the heavy lift transport industry as a whole.

The upcoming THLG 57th Conference will be held in Istanbul Turkey 22-23 October 2015.
Thanks to Emre Eldener our host member from Kita Logistics Turkey in Istanbul there is a fantastic program.
Photo gallery 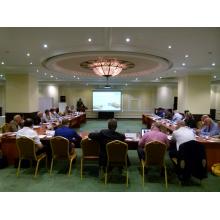 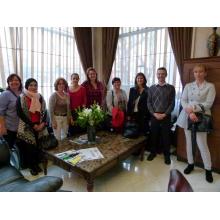 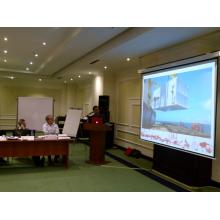 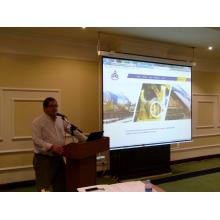 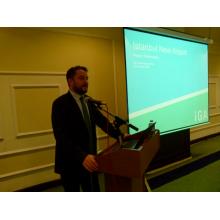 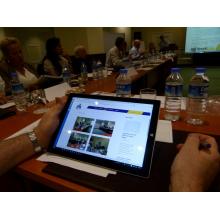 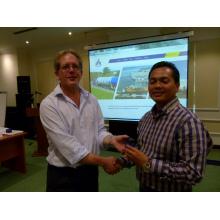 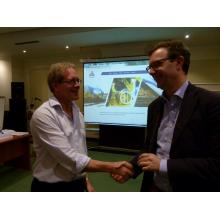 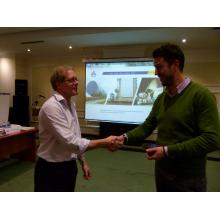 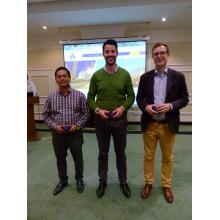 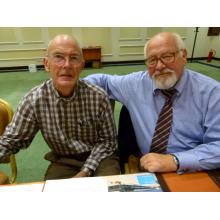