The project includes one 650 MW steam thermal power plant to interconnect with the National Unified Power System (NUPS) through a 500/220 KV GIS switchyard. It is comprised of one Rankine cycle sub-critical turbine generator unit with a nominal rated capacity of 650 MW using natural gas instead of heavy fuel.

During June, July, and August, September 2019, Egyptian Global Logistics (EGL), subsidiary of KADMAR GROUP completed transportation of the Cairo West Power Station project. In addition, EGL (Kadmar Group) succeeded to deliver accessories and containers to the same site including the arrangement of all types of clearance formalities and getting approvals from the relevant authorities to clear containers in the port.

The site is located about 258 km from the port of Alexandria on the west bank of the Nile river. It was a quite challenging operation scheme that was performed and completed, despite the difficult conditions. One of the greatest difficulties, in addition to the Project was the discharging of 4 x 228 ts Trafos and accessories. The same vessel delivered other 4 x 228 ts Trafos for other project. The port was congested, so special arrangement to berth the vessel alongside the container terminal and to secure sufficient storage space for unloading the units at the port of El Dekheila were made. Other important activities were route survey, transport study for choosing the most economical route from the port to the site including bridges study, civil work, crossing cities during the night time, moving under electric high voltage cable, removing traffic signs, removing sidewalks, removing trees all over the route, compacting the ground to bypass bridges, site preparation, soil compacting, shifting from 16 Axles 3 Files configuration used during the transportation to 12 Axles 2 Files inside the Site due to the maneuvering problems. The site became busy and could not be accessed with 16 Axles x 3 Files Modular Trailers.

EGL people engaged in the project:

EGL managed to provide the whole scope of operation and avoid increasing costs of overhead cables and gantry, perform the whole project smoothly during 28 days. The Trafos were delivered to the Site in good condition.

Thanks to EGL Project Team for cooperation. EGL continues to impress the market with the well trained staff along with the latest fleet equipment and technology in Egypt. EGL achieved this success through careful planning without sacrificing safety aspects. 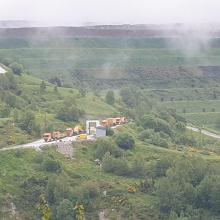 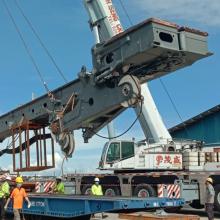 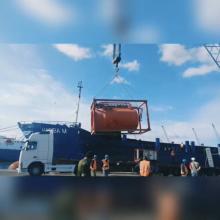 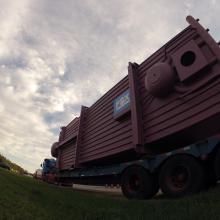