It is a matter of great pride for Total Movements, member of The Heavy Lift Group for India, to announce that our associate company successfully retrieved, lifted and transported a Mumbai Metro's Tunnel Boring Machine as a single unit from Worli Station to the Nehru Science Centre station, covering a distance of 5km.

This was the very first time that such a critical operation was conducted in India. To retrieve the TBM, Freight Wings deployed a suitable Mega Lift Structure system with strand jacks and lifted the TBM out from a depth of 24 meters. The next day, the machine was transported through Self Propelled Modular Transporters and was brought to destination at Nehru Science Museum Station, where it was again lowered for the next phase of tunneling.

Till date, all such Tunnel Boring Machines were dismantled and then re-assembled in order to shift them from one site to another which involved a lot of time and extra efforts in terms of procurement and operations.

This pioneering feat which has proved to be of immense value to the customer that will usher in a new phase in heavy lifting and heavy transport in India. 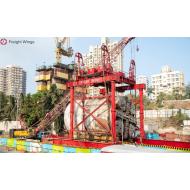 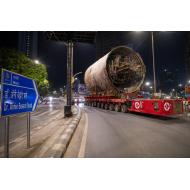 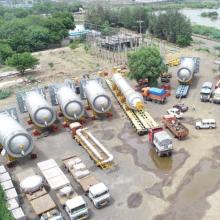 04 September, 2020
How FOX Brasil helped a pulp and paper mill to increase its plant self-sufficiency by 30% 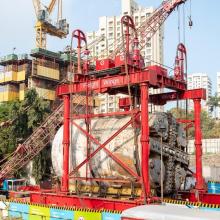 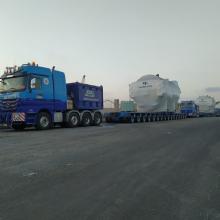