Then the cargo was moved by vessel to Port Antwerp and after that by a second ship to Port Rouvignies. In Port Rouvignies TPI has used two cranes – one with 350 MT capacity and one with 750 MT to unload the cargo directly on trailers using 18 axles and two prime movers for the evaporator having in total  52.60 / 4.66 / 5.70 m and 282 MT. Then three days were needed to cover the distance of 90 km between Rouvignies and Mesnil Saint Nicaise.

The transport was accompanied by many obstacles and difficulties, mainly in France known for its complicated system for heavy transports. At first, authorities didn’t allow to pass through 7 bridges on the way. More than two months were needed for an engineering study to get the green light and to cross them. Several road surveys to cross Cambrai city and to reach the jobsite were performed. Of course, a lot of wires in both countries have been lifted, agreement with the police authorities was also a key part of the process.

As per authorities, this was the biggest convoy crossing the area for the last 20 years, and this in these challenging COVID-19 times causing big delays due to limited manpower in the offices of the authorities responsible for issuing the permits. Finally, the cargo was delivered without any damages a few days before the deadline. 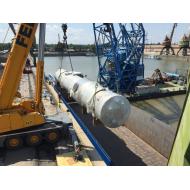 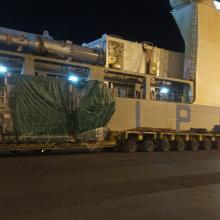 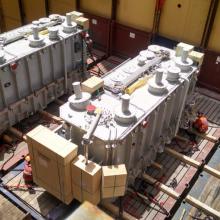 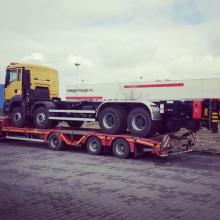 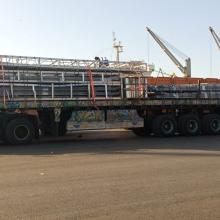